Bright Kids grew from the knowledge I had as a parent that I could deliver a better nursery experience. One that I would be happy to (and did) send my own precious END_OF_DOCUMENT_TOKEN_TO_BE_REPLACED

We are a popular childcare provider with a reputation for providing flexible, quality, caring nursery END_OF_DOCUMENT_TOKEN_TO_BE_REPLACED

There wasn’t a dry eye in the room when youngsters at a Redditch nursery said goodbye to staff as they went on to pastures new. The youngsters, who had attended either the breakfast club, the after school club or the holiday club at Bright Kids Nursery in Crabbs Cross, were either going to middle school or leaving the setting. At a special ceremony each child was spoken about by a member of staff before being given a leavers certificate.

Nursery manager Anita Shepherd said: “The ceremony is all about celebrating the completion of the child’s time with us as well as their individual development. We have seen all of them change, grow and develop in many ways since they started with us and a number of the children have been with us since they were babies. When the ceremony starts there aren’t many dry eyes among the parents, but the staff can also get emotional.

“They’re the ones who may not see the children again – we always hope that the children will come and visit us regularly even after they have left. It was a very happy day and the exciting start of the next part of the children’s lives. We wish them all the best and they will all be greatly missed.” 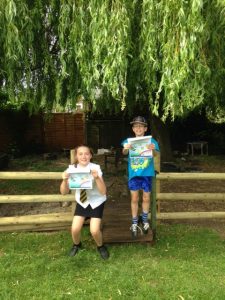 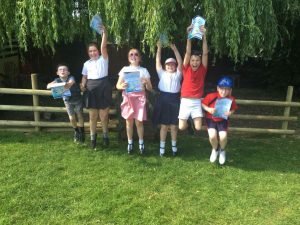