Bright Kids grew from the knowledge I had as a parent that I could deliver a better nursery experience. One that I would be happy to (and did) send my own precious END_OF_DOCUMENT_TOKEN_TO_BE_REPLACED

We are a popular childcare provider with a reputation for providing flexible, quality, caring nursery END_OF_DOCUMENT_TOKEN_TO_BE_REPLACED

Sunbeams children dressed up as their favourite storybook characters, and brought in their favourite books to read, creating their story characters and role-playing with hand puppets from traditional children’s tales. 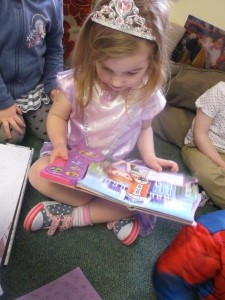 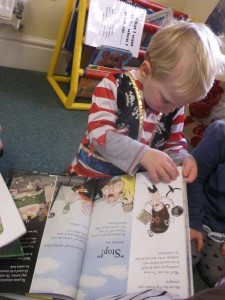 Samuel Middleton, aged two, chose to be a pirate!

The nursery continued with its National Story Telling Week activities by inviting parents in to sahre their favourite stories with the children. It was a lovely opportunity for parents to participate in story time, and the children thoroughly enjoyed the experience. 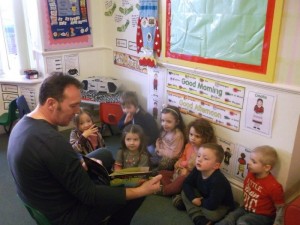