Bright Kids grew from the knowledge I had as a parent that I could deliver a better nursery experience. One that I would be happy to (and did) send my own precious END_OF_DOCUMENT_TOKEN_TO_BE_REPLACED

We are a popular childcare provider with a reputation for providing flexible, quality, caring nursery END_OF_DOCUMENT_TOKEN_TO_BE_REPLACED

Children at Bright Kids Crabbs Cross have been learning all about space in recent weeks. 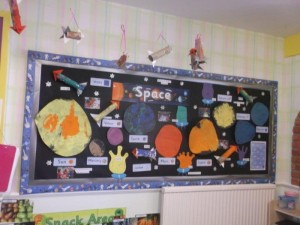 Youngsters have created their own solar system book and a display for the nursery after studying the different planets
using ICT.

Not only have they created planets from space dough, baked star-shaped biscuits and made their own rockets, but they’ve used their imaginations to invent their own space ship… After visiting the different planets in it, they enjoyed a picnic on the moon! 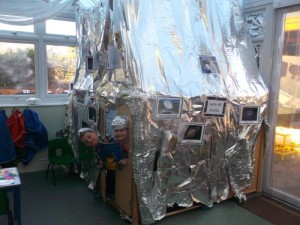 Space was also the theme for the nursery’s World Book Day activities, as they took on roles in Whatever Next?, creating cardboard box spaceships and taking trips to the moon. 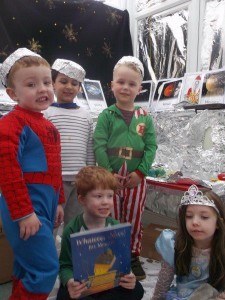