Bright Kids grew from the knowledge I had as a parent that I could deliver a better nursery experience. One that I would be happy to (and did) send my own precious END_OF_DOCUMENT_TOKEN_TO_BE_REPLACED

We are a popular childcare provider with a reputation for providing flexible, quality, caring nursery END_OF_DOCUMENT_TOKEN_TO_BE_REPLACED

From princesses to superheroes, youngsters at the Evesham Road nursery raided their dressing-up boxes for their favourite outfits as they raised funds for the charity, which works with severely impaired children. 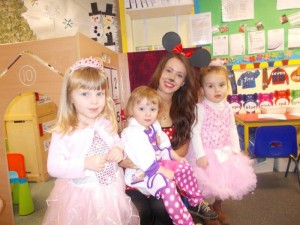 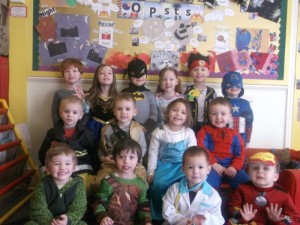 Shining Lights children get into character to raise funds for Crackerjacks:

Anita Shepherd, manager, said: “Crackerjacks Children’s Trust supports severely impaired children, enabling them to live their lives to the full and working to relieve the stress and pressure placed on children and families alike.

“The charity has been established for more than two years, and doesn’t receive any Government funding. Instead, it relies on its supporters to help it operate, so we were keen to hold a fun event to help do our bit to show our support.”

For more information on the charity, visit http://www.crackerjacks.org.uk/